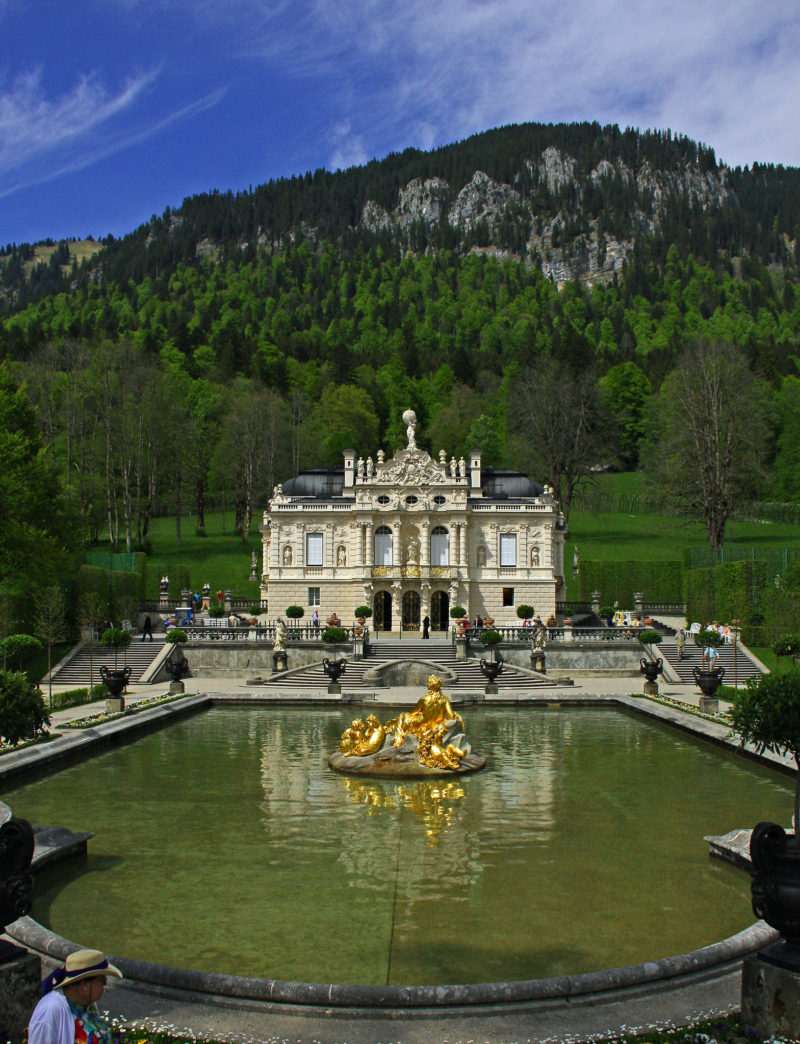 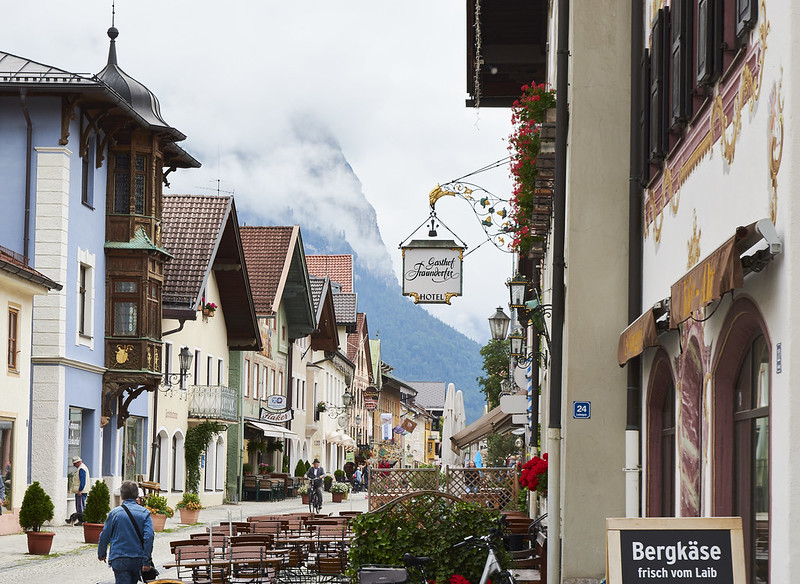 2,962 meter high Zugspitze is Germany’s highest mountain. During the winter months this impressive peak is best destination, as skiers from across Europe arrive to enjoy its dramatic scenery and to sample its many challenging runs.

The Zugspitze comes alive with the sound of tramping hiking boots, as most people visit the peak in summer. Rides on the cable cars of Gletscherbahn  and Zugspitze for a complete mountain experience.

The Bayerischen Zugspitzbahn, a cog railway, climbs the mountain and visit of  Zugspitzplatt, a plateaued area is well known for its glaciers and caves . 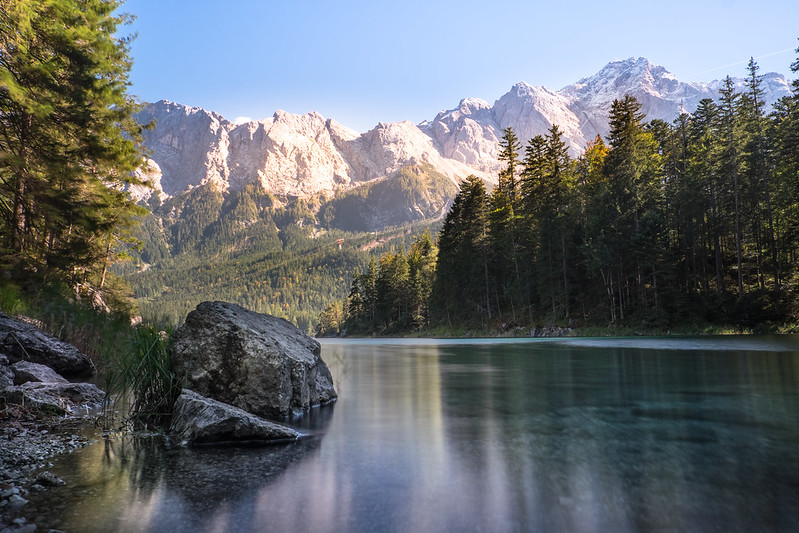 Having 2628 m height, it is the 2nd highest mountain of the Germany. Alpstize is famous for its pyramid shaped jogged and summit ridge. Many routes for more advance mountaineers or for experienced climbers are available to choose from.  During the summer try out mountain biking or choose to hike in the area, however, when winter arrive, the mountain becomes a popular ski resort with more than 40km of slopes for people to enjoy.

You can hike to the top of the Alpspitze or just spend some time in photography. 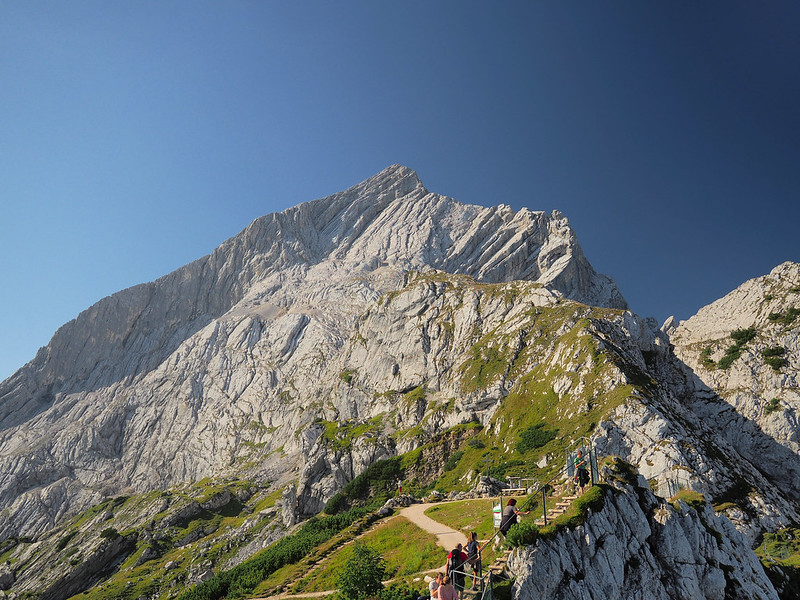 Lake Reisserse is located in Southwest of Garmisch-Partenkirchen at the height of about 785 meter. It became popular at the Olympic games of 1936 with its legendary Olympic bobsleigh track. On the Southern side there is a small lido with boat rental. Having temperature at 24 degree it is an ideal bathing lake in summer .A breathtaking view of Waxensteine and Zugspitze can be taken from here because this lake is located direct on Seerestaurant Rie Bersee. 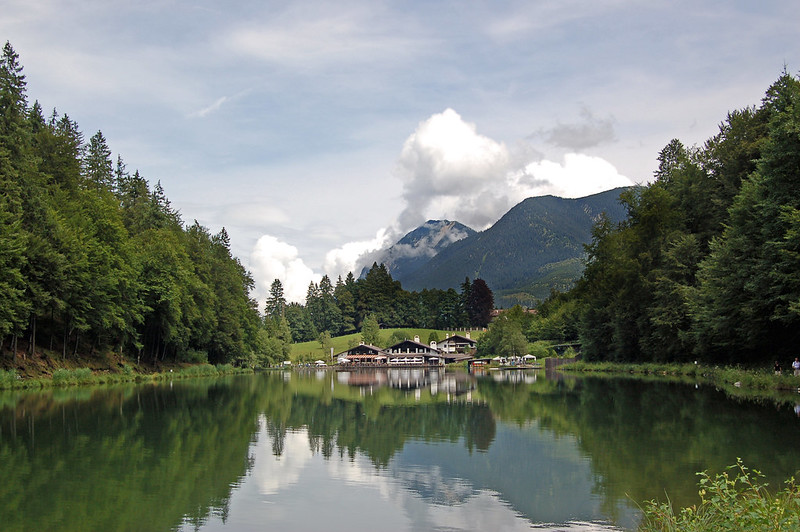 The 1936 Winter Olympics left a lasting memory on Garmisch-Partenkirchen, as one of Europe’s top winter sports destinations. Many colorful cottage and buildings were built especially for the event and remain in use to this day. The most notable examples include the Olympic Ski Stadium on the Gudiberg, easily identified by its ski-jumps. 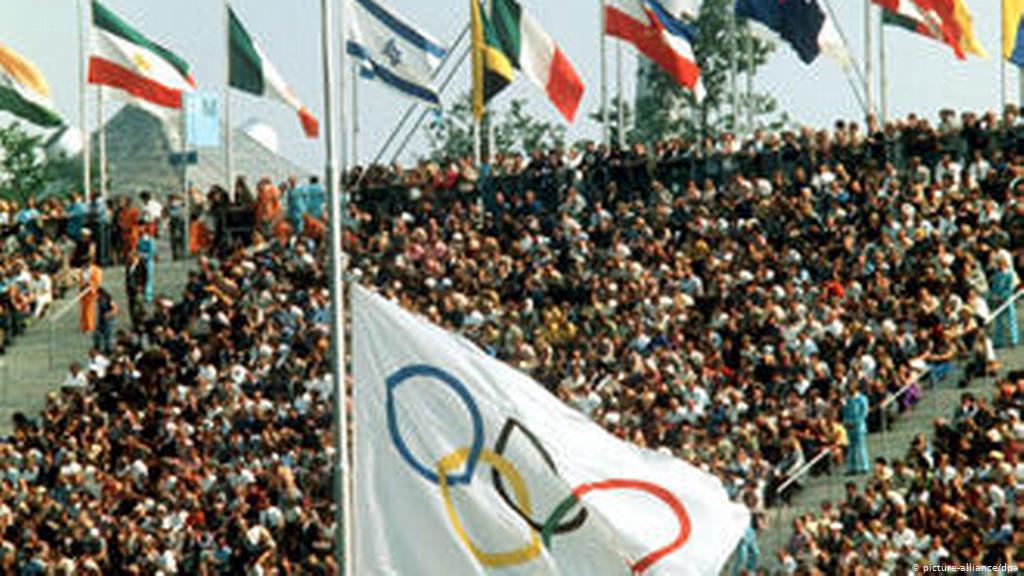 Skating lover can strut their stuff at the same Ice Stadium used for the 1936 Winter Olympics. Today, public skating and lessons take place here. The stadium is a popular place for skating competitions and shows, also has a curling rink 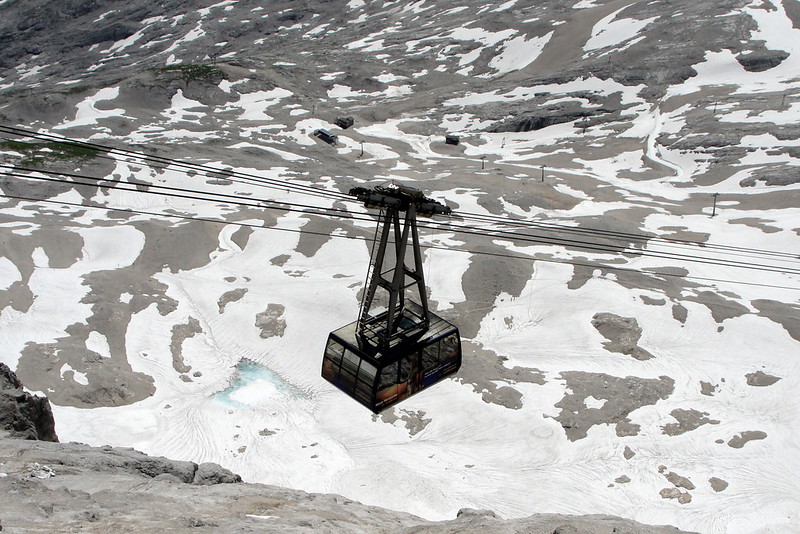 This point is just three kilometer away from Garmisch-Partenkirchen. If you like your water wild and your thrills more than just a little exciting, then you need to visit the Partnach Gorge. This Gorge has something magical about it, Found just of GaPa. It has wild waterfalls, water rapids and even the most peaceful water basins, offering something for everyone.

Fortunately, the majority of the danger has been taken away from this Gorge and you can now take one of the two safe paths which not only take you through it but also allow you to see some of the most amazing views in Germany. 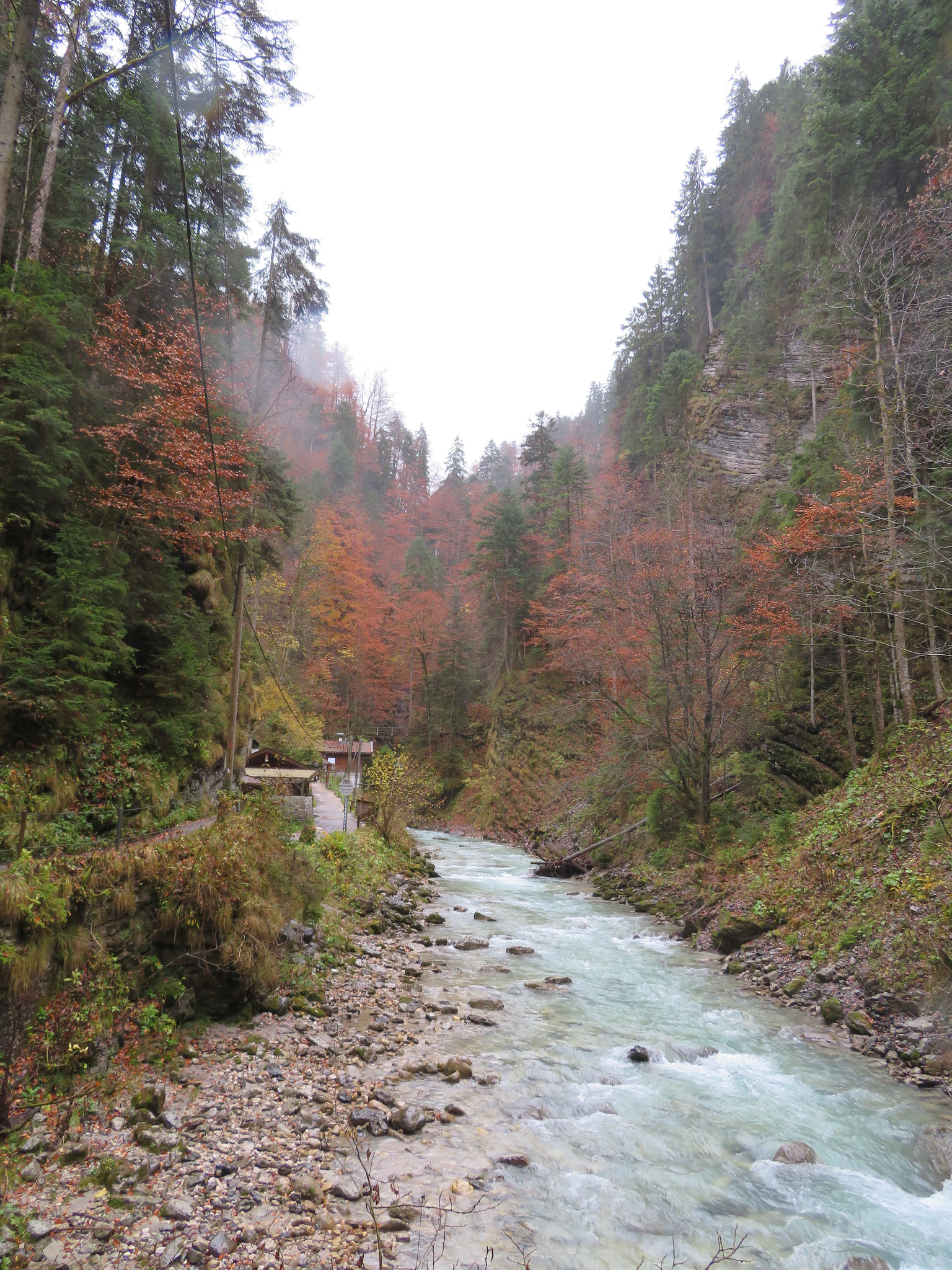 This small wooden palace was constructed between 1869 and 1872 in Scachen by king Luwing. Having five living rooms at lower flower, fabulous Turkish hall, stained glass windows and fancy candle holders, this palace was king’s favorite who celebrated his birthday here each August. A three-hour hike each way from Garmisch-Partenkirchen, this is a breath taking point with amazing views. 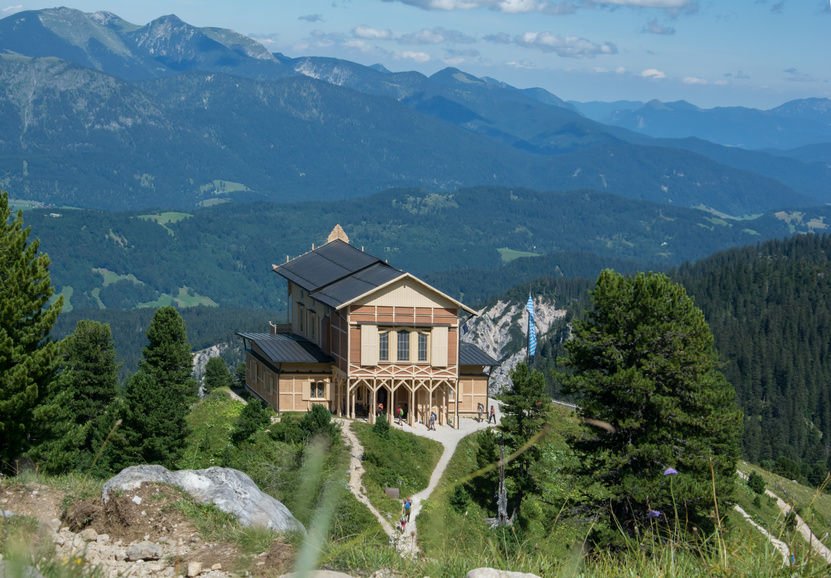 Consisting of two crossed steel beams that cantilever in an X formation from the corner of a mountain, it is a top vertical drop of about 1,000 meters above the ground. The AlpspiX allows you to stand in mid-air,all is a panorama. Below is the broad Höllental Valley, Alpine peeks, the Zugspitze, Waxensteine and the impressive Alpspitze north face.

The AlpspiX became one of the most popular places to visit from Garmisch-Partenkirchen, almost upon its opening. 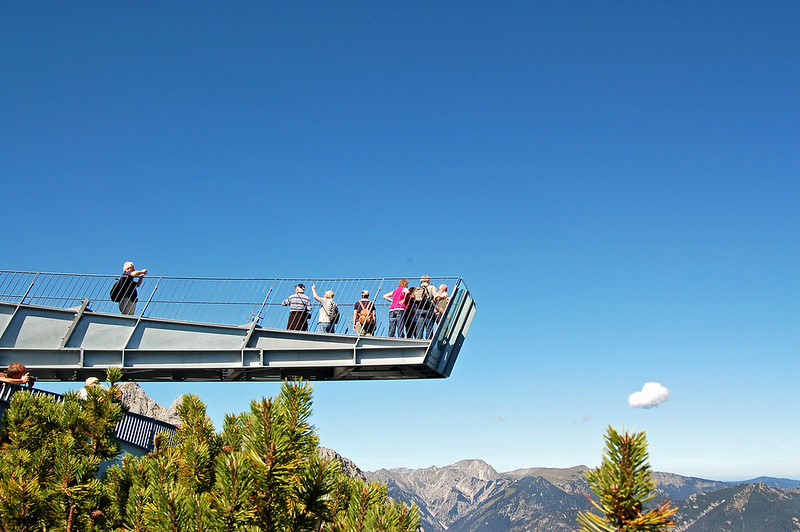 The lake was formed during the last ice age and sits at the foot of Zugspitze Mountain .It is not only surrounded by some of the most beautiful landscape ever, but the lake itself is as photogenic as the area around it.

If you take the cable cars up to the platform, then we can promise you that you will never forget everything that you see around you. The views are breath-taking!

This lake is known to be the most beautiful place in the whole of Bavaria. If you are looking for a place to take your breath away then you might want to take a look at Eibsee Lake. 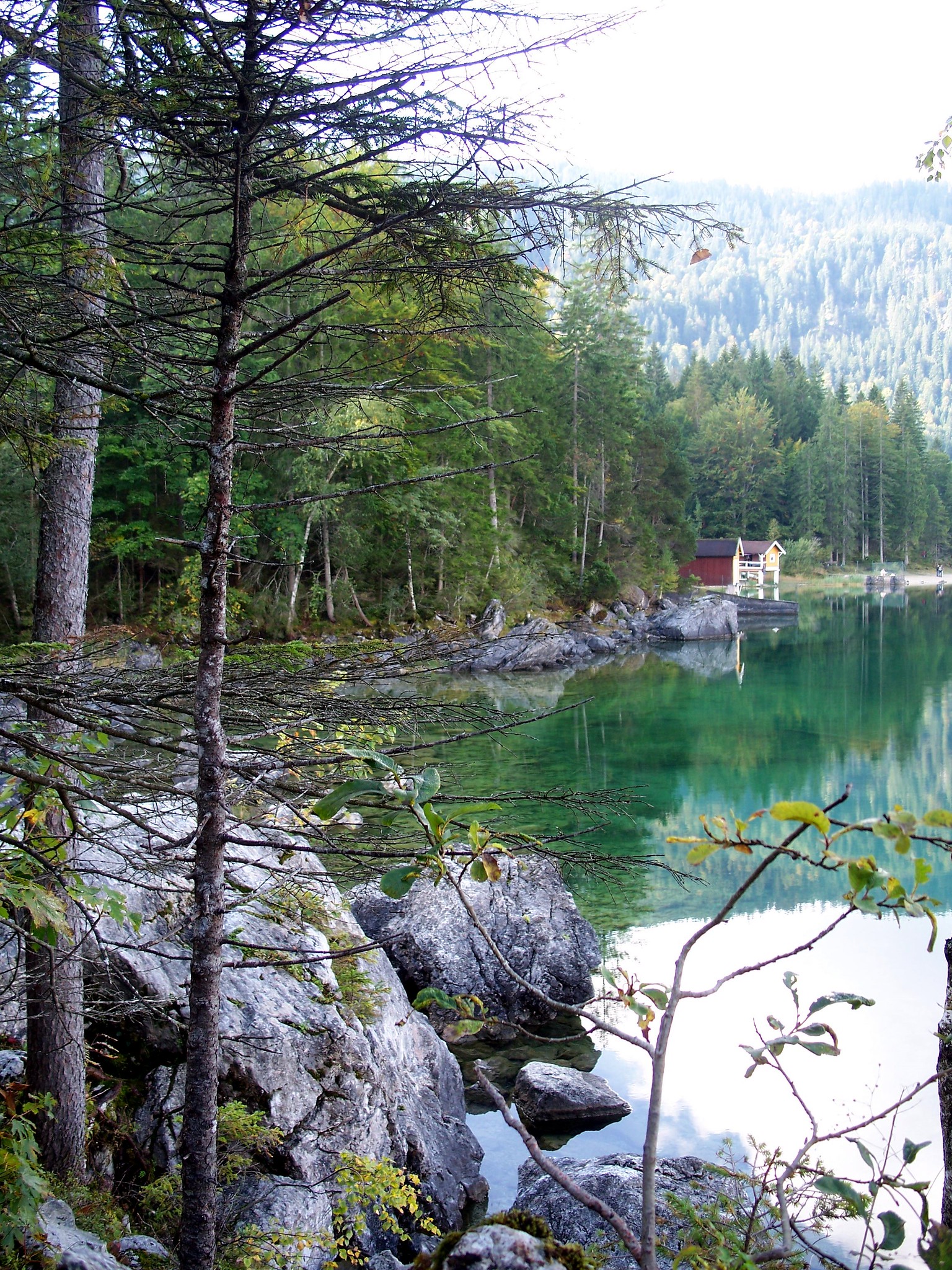 Neuschwanstein Castle is one the most popular castles in the whole of Europe because every year 1.4 million people decide to come and see this building. The castle is found in one of the most beautiful areas in the whole of Europe. The surroundings of the castle are breath-taking, the history of the castle itself is something that will stick with you. Hike to Marienbrucke for the best spot to take a picture of the Neuschwanstein Castle, this pedestrian bridge was built over a cliff in 1845.

Surrounded by beautiful natural landscapes, this palace is a stunning piece of previous age architecture. You will absolutely fall in love with this splendid place.

The palace itself was built as a hunting lodge, however, over the years it was extended built on and enlarged. It comprises a hall of mirrors as well as some specially designed gardens that you can explore during your visit. 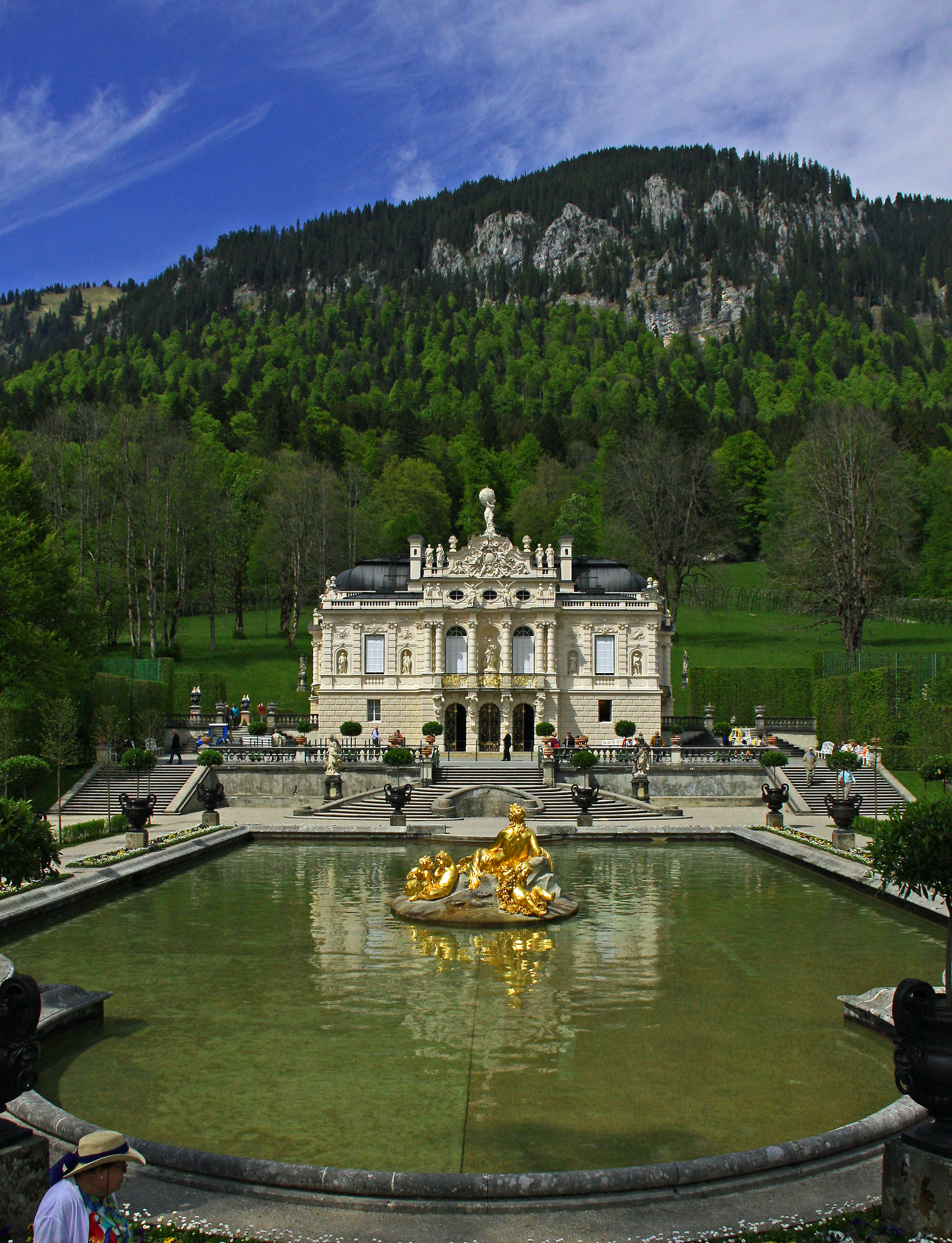 Have a look on Luxurious…